As drone-based surveying continues to cement itself as a staple in the drilling and blasting industry, the need for fast and accurate autonomous flights has increased. The requirements for 3D Bench Mapping still must be met even when flying autonomously in order to generate the 3D models needed. The dilemma is that for an accurate 3D model to be created from an autonomous flight, the images gathered need at least 70% overlap.

The traditional way that flight planning app developers have thought to tackle this issue is by allowing users to set single altitude polygon boundaries for the mapping project. 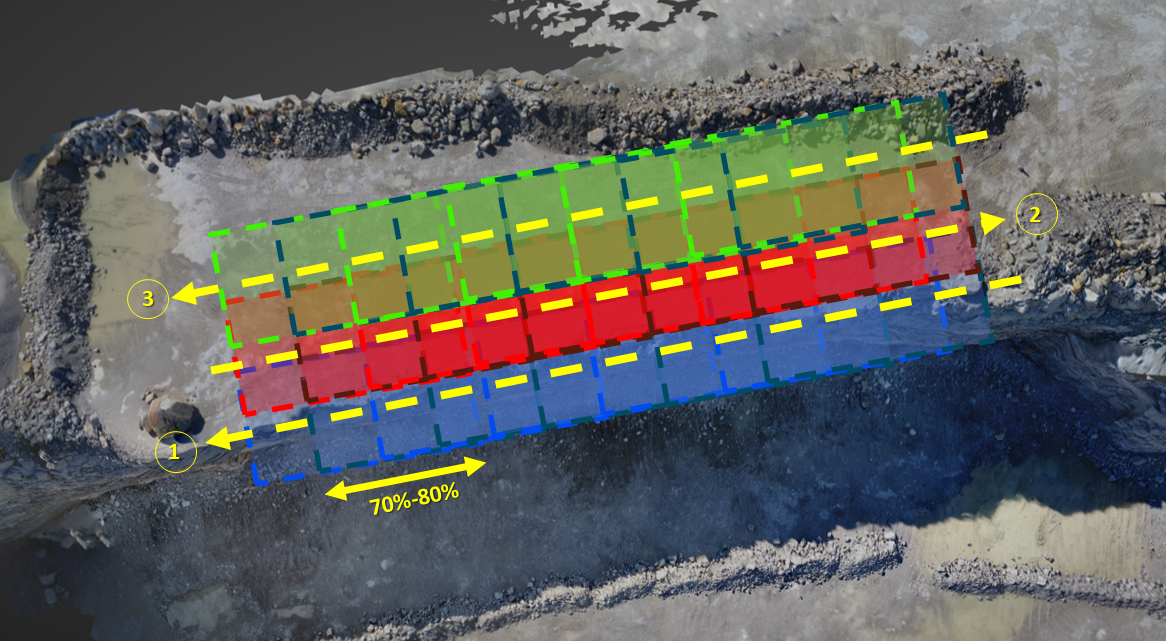 Then the question becomes:
When altitudes change, how do you prevent image resolution loss or a drone collision?

This mapping technique has been an effective solution for relatively flat areas, but when elevations drastically change, like in face profiling, it reveals new challenges.

For example, the way drone flight apps like PIX4Dcapture work are that the user defines a single altitude for the drone to fly at and this altitude is set in reference to the initial point of take off. This means if the user begins flying on top of a bench with a 50 foot highwall and sets their altitude to 75 feet then the distance between the drone and the floor elevation will be 125 feet. This results in those later surveyed lower elevation spots having a lower resolution.

On the flip side, if a user begins flying at the bottom of a 50 foot highwall and takes off with a 75 foot altitude then the drone will only have 25 feet of clearance from the top of the bench. The drone pilot will get great resolution for the lower elevation pictures but could result in the drone crashing into a drill mast above the bench.

Another challenge faced when gathering images by drone is that the images that the drone takes are typically straight down. But what if a user is trying to accurately do a bench face profile?

Since its impossible to accurately map a bench face from 100 feet above the face, the ability to autonomously fly a drone at different elevations while mapping a mine site or a bench face is a critical skill for the modern mining professional. 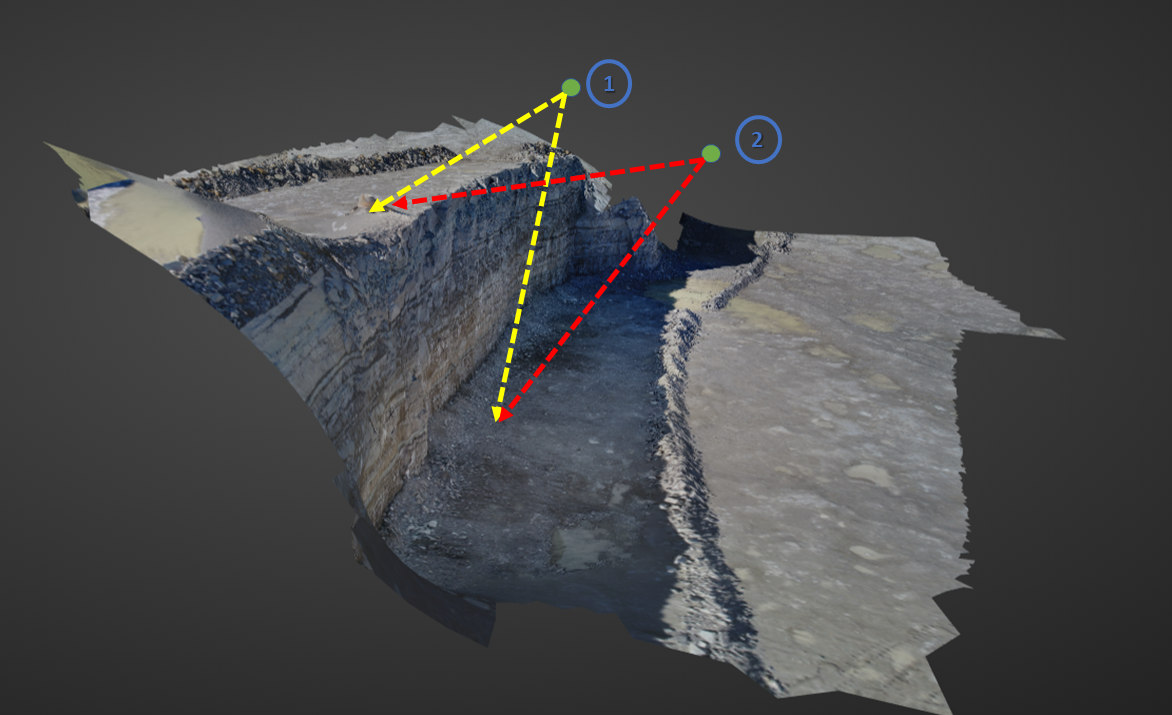 The Current Solutions to the Change in Elevation Dilemma

There are two ways to account for changing terrain elevations like those in mining. Use an app that either,

Apps like Litchi and DroneHarmony take into consideration these issues and have developed a platform based around full autopilot flight.

I would like to see a push towards further automation and increased visualizations of what the final product will be.

Further automation could possibly be accomplished by allowing the user to set the middle point of the flight and then ask how far the user wants the the edges to be from there, rather than having the user set the polygon extents of his flight. They can still adjust the edges afterwards but it streamlines the initial process.

Another issue that I've seen in all drone flight planning apps is that the polygon boundary for the flight plan selected does not match well with the final orthomosaic and 3D model.

The ideal flight planning app would

I believe these are all goals that the industry can achieve and I look forward to seeing these changes happen.

How have you dealt with changing elevations at your site?

Using AI allows you to have the most up to date information on your site possible and allows you to optimize your operations for safety and compliance.

Operations at mines are often planned based on a theoretical design that rarely matches reality. To optimize operations, you need to know what you are working with. Periodic Pit Analysis are Needed In