Drone use in the drilling and blasting industry has increased dramatically in recent years. As companies seek to improve their blasting practices, for example, by adding more 3D data points to their designs, drones have been identified as the best way to make data capturing easier,better and safer. The workflow is simple:

However, there are a variety of things to consider when deciding on what drone will best fit your operations. How windy is the site? How long do you need to be able to fly? How good does my camera need to be to make accurate 3D models? The great thing is the team at Strayos has considered all that for you! 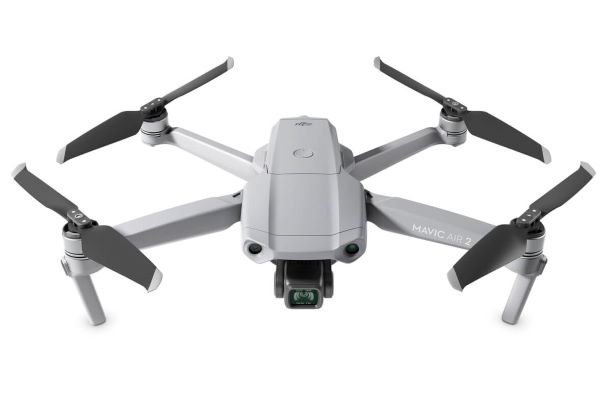 If you're looking for a drone that you can bring with you easily, look no further than the Mavic Air 2 by DJI. As all technology progresses, so does the desire to have smaller devices that maintain the integrity of their predecessors. It maintains a high quality camera capable of shooting 4K videos much like the Phantom 4 Pro V2 and even beats the Phantom in terms of battery life by approximately 7 minutes. The two main downsides of the drone currently is the size does not make it suitable for heavy wind conditions and since it's so new (March 2020), there are no automated flight plans available for the drone. 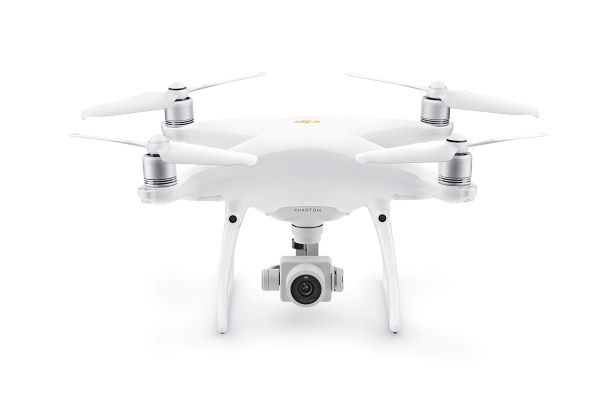 It's hard to find a more versatile drone than DJI's Phantom 4 Pro V2, it's bulkier size over the competition allows it to maintain itself at higher wind speeds while not sacrificing camera quality. The other perk of choosing size over portability is that this allows for additional hardware to be installed on the drone. DJI offers an RTK (Real Time Kinematics) drone while other companies offer PPK (Post Processing Kinematics) upgrades to the drone. These 2 different upgrades further increase the surveying accuracy of the drone itself to make sure that all 3D models that the blasts are designed off of are the most accurate. 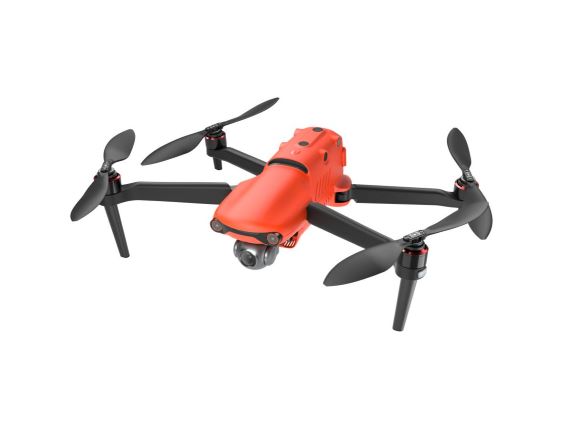 If you're concerned about getting the highest quality shot video in addition to 3D modeling for blast planning, then check out the Autel Evo II. Autel advertises the Evo II as the "The world's first foldable 8K drone", this fold-ability puts it up against the Mavic Air 2 in terms of portability while also having higher video specs. For the size, this drone gets a whopping 40 minutes per battery but that size also comes with the downside of not being suitable in heavy wind conditions. 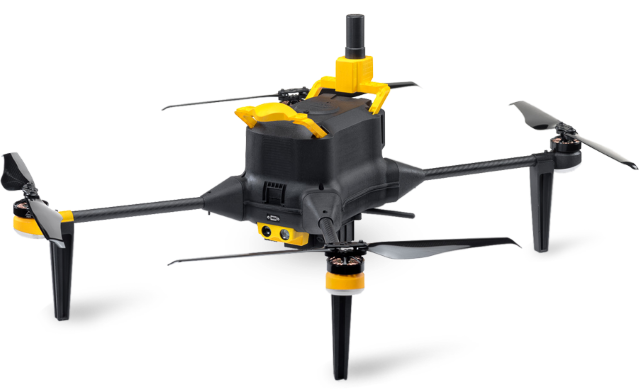 Whether you're looking to purchase a rugged drone or outsource your drone operations, AUS has end to end services for that. The AUS Insight has a 20 megapixel camera and is also able to maintain a 30 minute flight time. According to AUS, the Insight is "Built to endure — Rough weather & harsh conditions!" and being a similar size to the Phantom 4 Pro V2, it makes sense that this drone could handle harsher wind conditions. This drone also features a PPK model as well as a more advanced flight planning app that also can adjust drone height based on terrain changes. 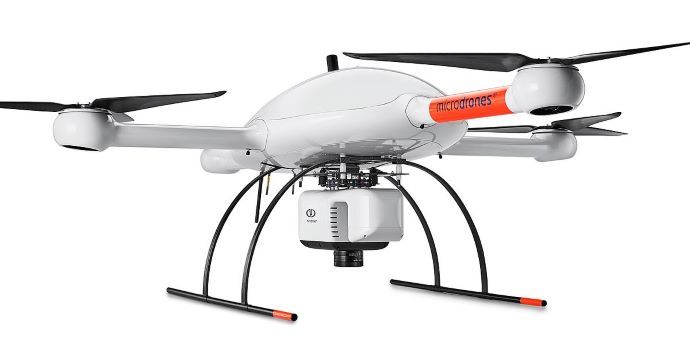 If you're looking for a way to implement drones without having to deal with all the potential maintenance and sourcing of hardware, then Microdrones has a solution for you. Founded in Germany in 2005, they have made a name for themselves providing robust end-to-end solutions for consumers looking to get into the drone game.

So whether you're looking to video your blast in stunning 8K or want a drone that can take a beating, these drones should satisfy your requirements. Happy Flying!

Strayos is proud to present... Shuo Zhong! Shuo aka Thor is our Computer Vision and Machine Learning Engineer, located in our Buffalo, New York office. Thor- Strayos' God of Deep Learning, pausing in

Introducing.... Jon Lewis! Jon Lewis is a Strayos Star, one of our exceptional employees dedicated to making your experience with Strayos amazing. Jon is our Solutions Engineer and is based in our Buffalo,