Knowing the true path of as-drilled holes is critical for effective blast design. Accurate burden measurement is necessary to prevent flyrock, minimize airblast & optimize fragmentation. Combining drone and boretrak data has made it easier than ever to take advantage of this much needed information.

Strayos' AI takes data captured by drones to build incredibly accurate 3D models of your bench. Blasters can design their shot plan and send it to the drillers for drilling. Once the drilling is complete simply measure the "as-drilled" holes and add that data to see your shot like never before. With this digital twin, drillers and blasters can see inside their bench, measure the "as-drilled holes'" deviation from the plan and improve future drilling and loading operations.

Traditionally, the logistical challenges of boretraking have made it impractical for many companies to implement across all of their sites. Maine Drilling & Blasting has leveraged drone data and Strayos' AI to overcome these challenges and expand their boretraking program.

Read on for a written summary of the Webinar hosted by Strayos and Presented by Maine Drilling and Blasting's experts Aaron Flewelling and Zadock Emerick.

If you'd rather watch the webinar- you can view the recording here. 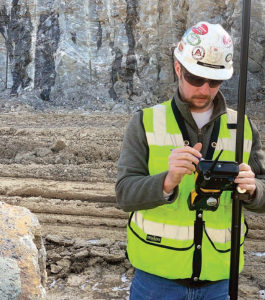 Has been with Maine Drilling and Blasting since 2010. During his tenure, Aaron has been involved with the estimating through completion for hundreds of drilling and blasting projects throughout the Northeast and Mid-Atlantic markets. He began managing the department in 2018. The engineering and technical team has grown to 25 employees performing tasks such as boretracking, surveying, estimating, takeoff, blaster education, and technical evaluation among other assignments. 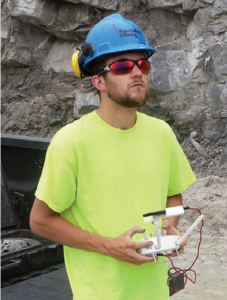 Has been with Maine Drilling and Blasting since 2018. Zadok has been responsible for training and mentoring the current boretracking team of 5 technicians. He has performed over 1,000 deployments of the drone and boretrack system using Strayos. Zadok evaluates new products and deployment methods for the team to ensure efficiency in operations are maximized. 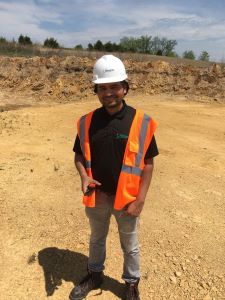 CEO of Strayos a cloud based software company that develops Drone Data Analytics and Artificial Intelligence solutions for the Drilling, Blasting, and Mining industries. Formed in 2016, Strayos is used in hundreds of sites all around the world.

200 people registered from all around the world to learn more about how to combine boretrak data with drone data and get their best blast. They shared with us their biggest concerns.

A little bit about Strayos 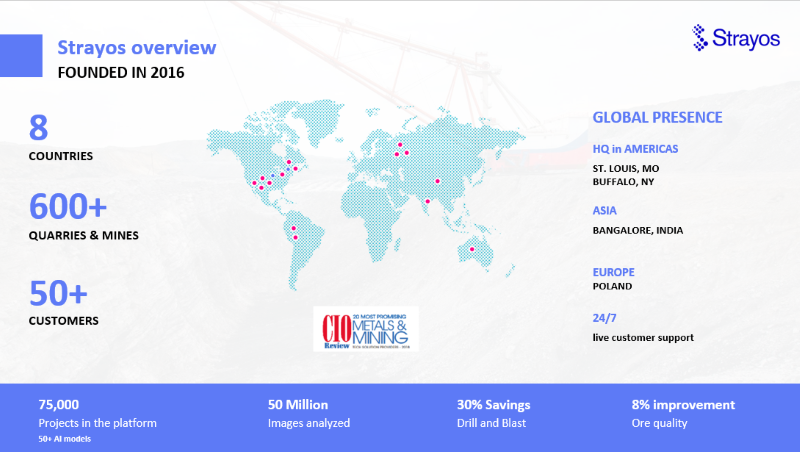 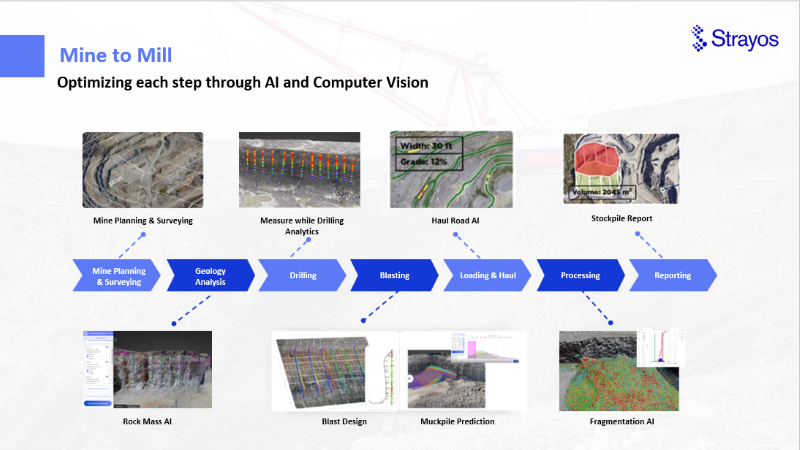 A little about Maine Drilling and Blasting. 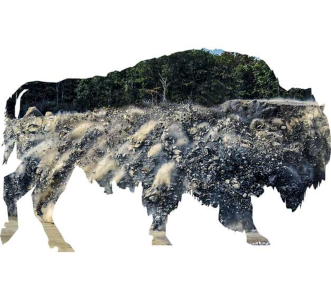 MD&B is represented by the American Bison- Powerful, Fast, & Enduring.

Maine Drilling and Blasting was started in 1966 as a family business in Gardiner Maine. In 2004, an Employee Stock Ownership Program was established giving employees a stake in the company.

Today they service quarry and construction projects throughout the Northeast, Mid-Atlantic, and Southeast regions. They have a broad in-house technical services and engineering team that provides services like

In 2018 they began investigating drones due to the rising cost and hassle of 3D laser repairs. They needed a more efficient solution. They quickly found that Strayos enabled them to scale up their surveying and boretracking program.

What is Boretracking and Why Should We Do It?

Boretracking is a method of measuring "as drilled" holes. A probe is lowered into the drilled hole that meaures the pitch and role of the probe sensor at pre-set intervals. This information can be added to Strayos' 3D model of the bench. This allows the software to calculate actual burdens of the holes at different locations and measure hole separations for optimized loading. It can be compared to a shot plan designed in Strayos on the bench to measure drilling deviations.

Knowing actual burdens and hole separations allows for dramatic improvement in fragmentation and blast safety results. Having this information gives a blaster much more confidence in the shot.

Here was a shot with a challenging geology and some pretty tight quarters. Its about 400 feet off a four lane highway and 100 feet away from a building the quarry owns.

Holes 30, 31, 34, and 35 were all very close together and didn't go where they were intended to be. They were deep cuts- about 70 feet and the geology was quite challenging. So they ran some deviation and found holes 31 and 35 were about two feet apart at the bottom of the hole- a serious issue in such tight quarters.

"If there's not enough burden at the bottom of the hole you can essentially turn a four inch hole into an eight inch hole and there's twice the product you intend there to be."

Here is another view of the 3D model with the bore-track data showing the face of the bench- this shows 2 sets of data points that clearly illustrate just how messed up the face was. The squiggly colorful lines show the shortest distance from the hole at any designated spot to the face (the 3D burden)- they are all over the place. The colorful dots on the shot design show the amount of deviation from the design- with red being a significant deviation.

You can see right in the middle where there's a big "v" with two blue lines at the bottom of that. Those two holes- 31 and 35 are the blue dot and red dot and they are almost on top of each other.

Luckily there was enough burden in the shot and they were able to adjust the loading based on the new data and shoot it safely.

Another difficult account over the years. A big pit and due to restrictions put on us by the customer, we shoot extremely deep cuts- this shot was about 110 foot holes. The geology here is really bad.

The "as drilled" holes were going out about 30 feet from the designed holes with much less burden than was designed towards the toe. Normally they would have just bore-tracked the first row of holes, but for this one they ended up bore-tracking the first 5 rows.

This new information allowed the blaster to modify his loading plan saving the blaster from poor fragmentation and a potential fly-rock incident.

But How Much is Safety Worth to You? 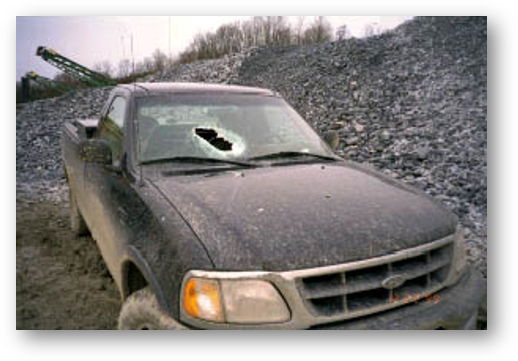 One bad flyrock can cost much more than putting together a bore-tracking program and team let alone the damage to your reputation. Its something really worth it.

If you can optimize the other steps in the process, then you can add the entire boretracking step, increasing safety and quality, and still not loose any time.

Using Strayos, MD&B's 5 Technicians Can Complete As Many As 20 Sites Per Day- 4 Sites Each.

What's next for your business?
Change is coming fast and it can feel overwhelming, but those who can adapt gain huge competitive advantages. Technologies like those described above and AI to make true use of the data will give advance warnings and enable real time responses. Using the data available to you you'll be able to adjust your operations to maximize productivity, efficiency, safety, compliance, and so much more.

Time to dig in.

A more accurate shot volume calculation that allows users to optimize shot designs to achieve more even powder factor across the bench.

When things go wrong, and they will, you need to be able to show that you did everything you could to prevent the disaster- otherwise its your assets on the line. Data is your insurance policy.

—
How Drone Data is Empowering Boretracking Operations
Share this