Maurer & Scott's Technical Specialist Zach Tobias shares the story of how using drones with Strayos'3D Blast Profiling tools they were able to help their client avoid a flyrock disaster.

Maurer & Scott began using Strayos in 2017. While we were originally only looking for 3D photogrammetry software- with Strayos we got a lot more- a plethora of different features that can be used.

The Bench Face Slipped Off After the Holes Had Been Drilled...

One of our clients, a quarry in Pennsylvania, had a big problem. After the bench had been profiled and the shot laid out and drilled the bench face slipped off. Now this blaster normally is looking for anywhere from 14-16 feet of burden across the entire face, but since it had slipped off we needed to reprofile the bench. Unfortunately, because of the new muckpile he was unable to get below to properly 2D profile the face with his laser. 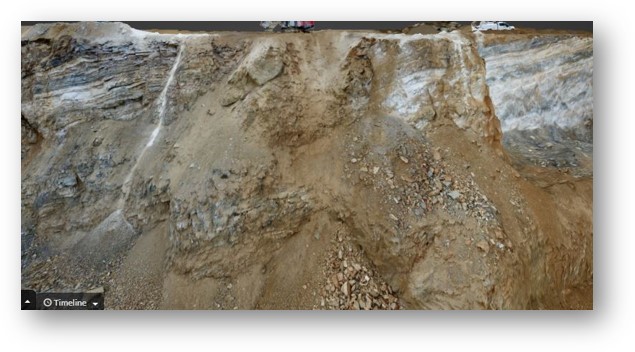 I was asked to come down and boretrak the face and implement my own 3D profile of the face with the bore hole data.

Zach went to the site and flew his drone creating the new 3D profile in Strayos. To that he added the bore hole data of the holes. Strayos was able to show him the new front row burdens of the already drilled holes. Using the Drone and Strayos he was able to re-profile the face and determine the new burdens in just a couple hours.

Bore Hole Data Integration visualization & Analysis- in the company we have 2 rodded Carlson Boretrack units and 2 cable Carlson Boretrak units. The implementation to put that data into Strayos is very easy, its only a couple of clicks. Both Renishaw and Carlson can be used with Strayos.

I have my burden threshold set to 12 feet so anything less than that will show up in red. More or less all of this blaster's burden were well below 5 feet to 8 feet. There were 25 holes and 20 of them were coming up red. 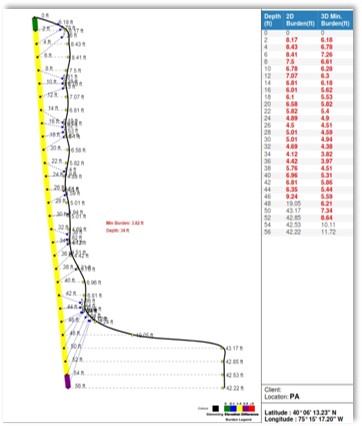 Burden Optimization- has really changed how quickly I can establish a layout and design a shot (or in this case check on one) - with the tool you can put in a set of parameters like your optimal burden is that you want to shoot, your minimum burden, neglection of stemming, maximum inclination and Strayos will adapt the bearing, the direction, inclination and distance towards or away from the crest to establish the burden you are comfortable with or have previously designated.

If we hadn't done this with Strayos and just blown the shot, the amount of powder that is coming out of this face at that rate would be terrifying. The plant operations were about 2 or 3 benches below so this shot could have ejected rock way out of the quarry and damaged a lot of quarry equipment in the process.

But, by being able to utilize the drone, the 3D bench profiling, bore hole data, and front row burden calculation together, we were able to prevent a huge disaster.

This is Why We Use Strayos

With Strayos you get pecise results that definitely inspire confidence. If you have really jacked up faces you can rest assured that by using the drone Strayos will make sure it models that and it will give you the most accurate representation of the face. We know that there are no real mishaps that could possibly happen with the boretrack data also we can adapt to any hole deviation.

If your boss is happy or your own company is happy with using Strayos and it makes our customers happy because we've been able to do things we would not have otherwise been able to do- its a win-win situation. 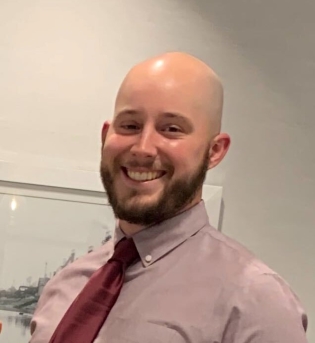 In 2017 many companies offered drone 3D photogrammetry solutions. Zach Tobias had to find the best. What he found in Strayos blew his mind.

By incorporating drones and Strayos into our workflow, we were able to increase production at this quarry 10x.